First things first, as of July 2nd, I will be off to TaizÃ© again. I won’t be back until the start of September, and I’m not sure about the exact date. Because I will have to spend a lot of time taking care of my stay in London at Imperial College after that time, I suppose one could say I will be gone in July, August and September, for all intents and purposes related to Mozilla. And actually, I’m writing my thesis now, so if you have things that you need me to do you can try to still get to me, but it might be too late already. I’ll try, though. Emails and comments here are free, so give it a shot if you need me.

Second, in connection to this thesis thing:

I would like a way to make LaTeX do a [citation needed] in true Wikipedia style. I often find myself thinking “if I want to write something like this, I need a reference to back it up”, but searching for a good one for minutes/hours on end breaks up my writing process, so I’d much rather make a note to self and keep writing, especially for things which I am very sure of there must be a reference for. Example: “the POSIT algorithm was conceived in the 1990s by John Doe[citation needed]”.

Yes, I know that by default, LaTeX will do a [?] if I try to reference something that doesn’t exist, but that’s (a) not obvious enough for my taste, and (b) it might be the result of a misspelled BibTeX id or such, and I’d rather not mix the usecases of “deliberately left blank” and “oops, misspelled the citation identifier and/or forgot to re-run BibTeX after adding citations”. I haven’t found an easy way to do this.

It’s been way too long since I posted anything here, for which I apologize. There are a couple of things that deserve mention here at the present time.

I recently got back from visiting SightCity in Frankfurt am Main, Germany. The conference experience was excellent, and I had a great time with Steve, Ben and Marco, all of whom have written more pleasantly and/or extravagantly about our experiences there than I ever could. So this is all you’re getting from me, here. 🙂

ChatZilla 0.9.82 was released, quickly followed by ChatZilla 0.9.82.1 after a couple of nasty regressions. Almost all of the releases’ features and fixes fall squarely into the “polish” bin (eg. dragging tabs for channels named only “#” now works, and doubleclicking a user in the userlist opens a query tab, some minor accessibility and localizability fixes, etc.), except for one: CEIP, short for Customer Experience Improvement Program. Customer not being very apt, I suppose, but it’s a standard name for what is essentially a data collecting tool.

Data collecting?! Yes, data collecting. I wrote a Privacy Policy about what we do. Please read it first, before flaming me/us. Really, read it – it’s quite short! As you will have read by now, I hope, we ask first if it would be OK to collect anonymous statistics. Without consent, ChatZilla doesn’t save anything you do, nor (consequently) does anything get sent. We never collect anything personal, and both in the policy and in the UI, which is accessible from the Help menu in ChatZilla, we indicate a bunch of things we specifically won’t collect. So what can we collect, then, and how is it useful? Well, examples include the length of sessions (do people run ChatZilla for days at a time without interruption, or only five minutes?) and how tabs are handled. We can already, after just a few days, see that many people seem to be closing lots of network tabs, which may lead us to prioritize bug 249188, for instance.

So I hope that this post helps clarify that we’re not turning evil. If you disagree, and had already turned it on, you’re free to turn it off again, at your leasure. Do let us know what you think we’re doing wrong, though.

If you’re using Venkman with a Gecko trunk product (eg. Firefox 3 RC1, Thunderbird Shredder 3.0a1, …) you may have found that viewing source code stopped working a while ago. This happened because of a change in the way unprivileged content, like the source view itself (which is plain old HTML) is allowed to access chrome content (like the stylesheet for the source view, unfortunately). Fixing it properly is not trivial. Right now, I have suggested a more or less wallpaper fix, because I am too busy to do something nicer, and it doesn’t seem like anyone else is willing to go and fix it instead. This basically allows unprivileged content to access the chrome content again. A better solution would be to channel the stylesheet through the jsd protocol. If anyone wants to step up to the plate and fix that, that’d be awesome. In the meantime, the wallpaper patch is waiting for review. If you’re in need of a working Venkman, I uploaded an XPI to bug 428848.

I’m nearing the end of my BSc degree. I’m working on my thesis at the moment, and finishing off the two courses that remain. Perhaps I’ll write more about the thesis once I have something I can demo or screenshot in-action. For now, I’d just like to happily announce that I was conditionally accepted into the 1 year MSc Advanced Computing course at Imperial College, London. So, if you know of a good place for a grad student to live in central London (South Kensington), let me know!

I needed to find “two key papers on the future of Computer Mediated Communication” (and then summarize them and write a personal opinion on where we’re going).

The University of Amsterdam fortunately has a digital library you can access over VPN which allows you to search in lots of major databases. So I duly searched for:

“future” in Title ANDÂ  “Computer Mediated Communication” in All Words (after some failed other searches), in the “Informatiewetenschappen” subject area (“Information Science”, basically)
5th result from JSTOR:

I’m not sure who made this joke up, but it’s not funny. I already blew at least one of the courses I had the first part of this semester (because thanks to United Airlines I missed the exam), and now the schedulers have been conspiring to make me fail more of them this part of the semester. Oh, and I don’t know if this is just me, but there’s this day called “Friday”, which you can actually USE if you’re having trouble scheduling… 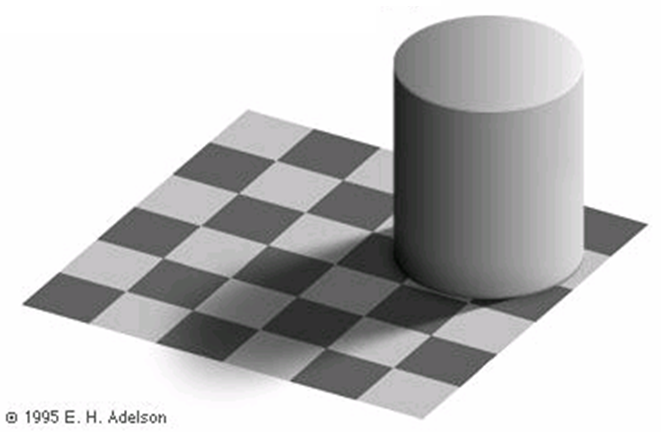